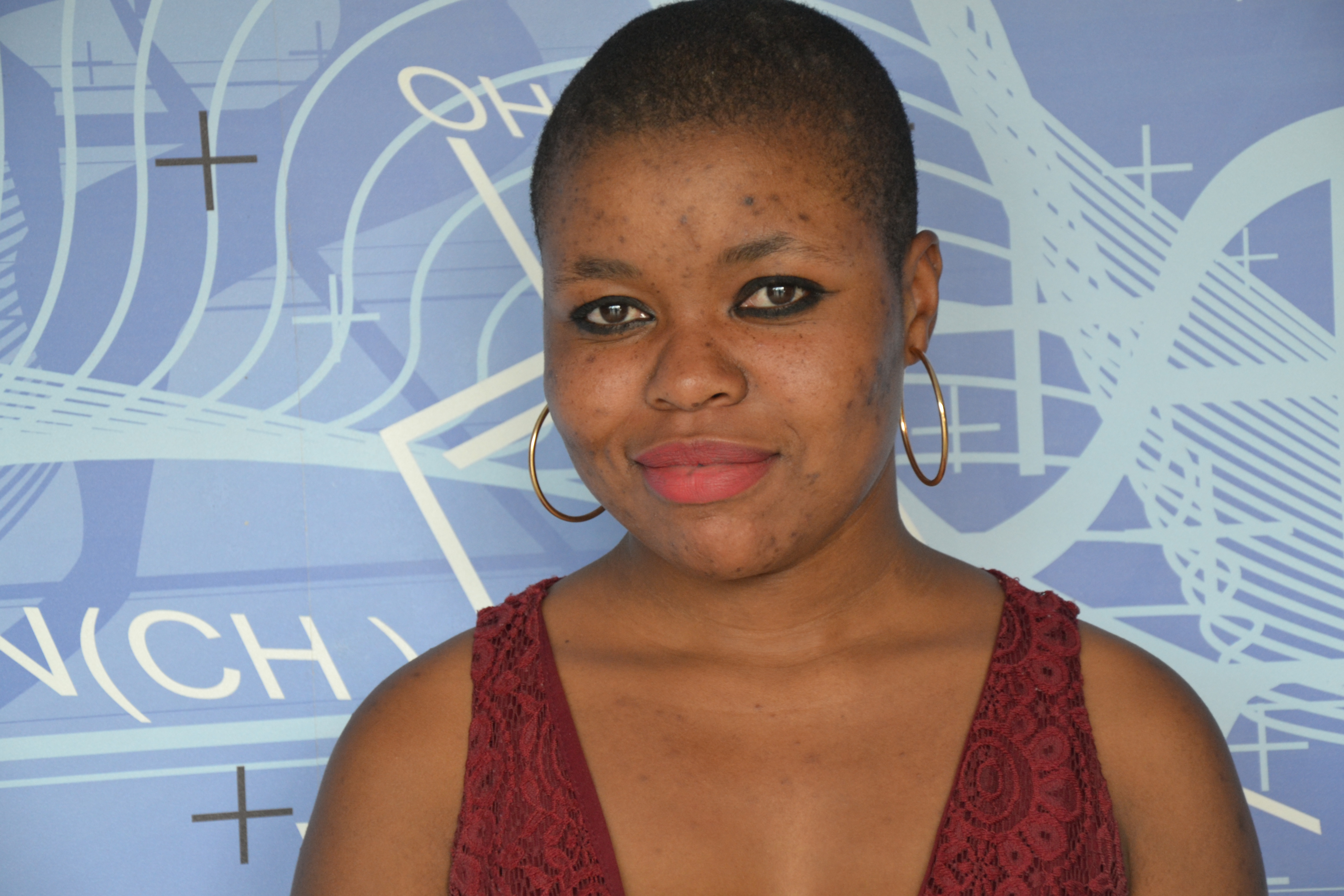 Onoey Mogatlhi grew up in Nellmapius, Pretoria. She comes from a motivating and supporting family. After finishing matric in 2011 at Nellmapius secondary school, her passion for current affairs and entertainment led her to pursue a degree in media studies at the University of Limpopo (Turfloop).
At the university, she found radio production and its ability to inform people intriguing. She is currently a science journalism intern hosted by Mams Radio as a content producer. 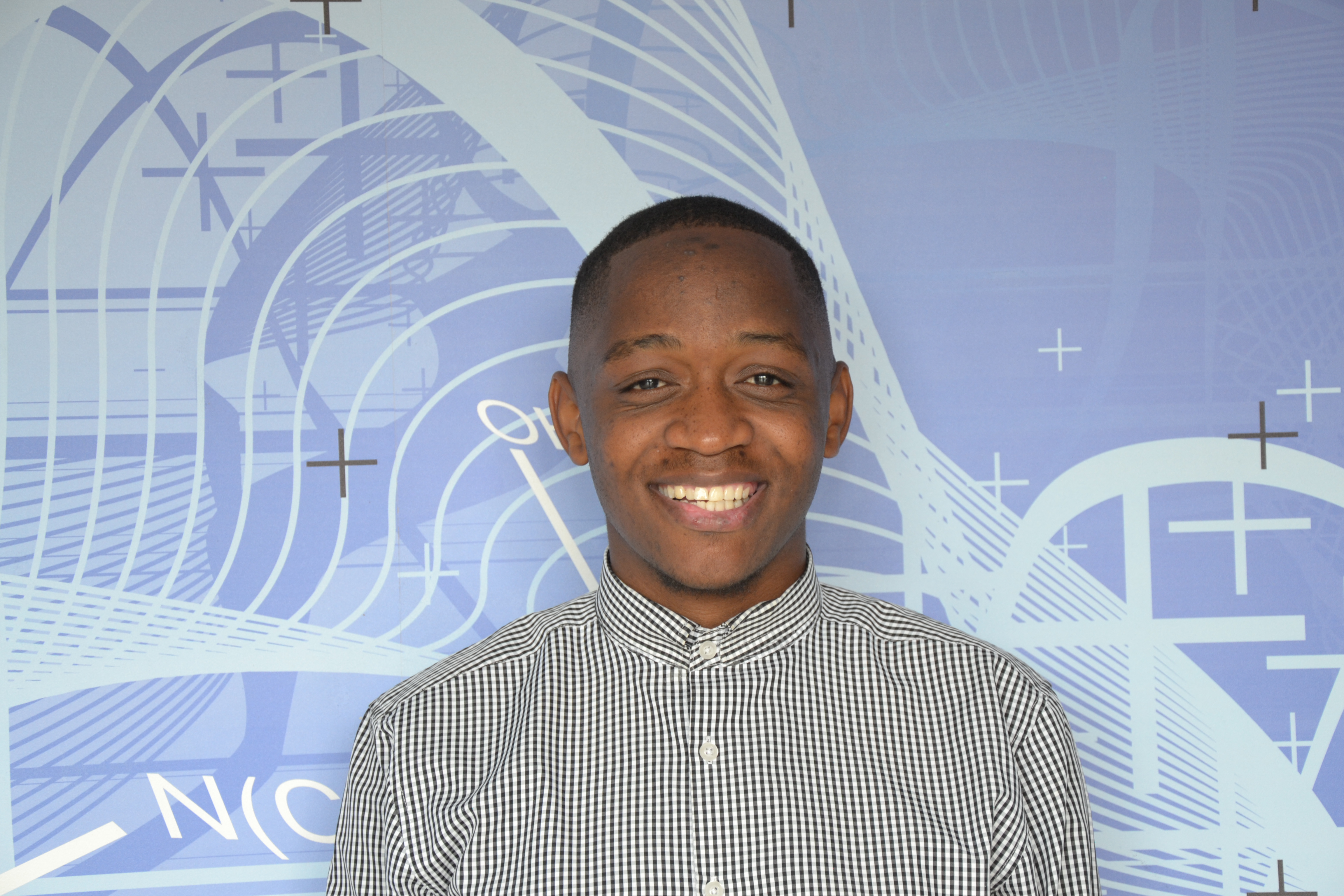 Koketso Ramorei is a journalism graduate from the Tshwane University of Technology. He already has extensive experience in journalism behind him. He is a former editor of an off-campus student publication, The Waldofian Times, based in Johannesburg and covering politics and lifestyle news for the student population.

He furthered his journalistic skills at TUT FM community radio station, the same station who will be hosting him this year. He is a former current affairs presenter and producer at the station. He will be imparting these skills and reporting primarily science news.

Koketso also boasts experience in the newspaper field. He began as a budding journalist for the Caxton-owned Record (Noweto) before being appointed as a Pretoria-based multimedia reporter for the national daily The Citizen newspaper from 2012 to 2016. He then joined the vibrant team that headed the TshWi-Fi (Tshwane Wi-Fi) as a contributing writer and online content generator. His duties included recording and editing videos for the landing page of TshWi-Fi. 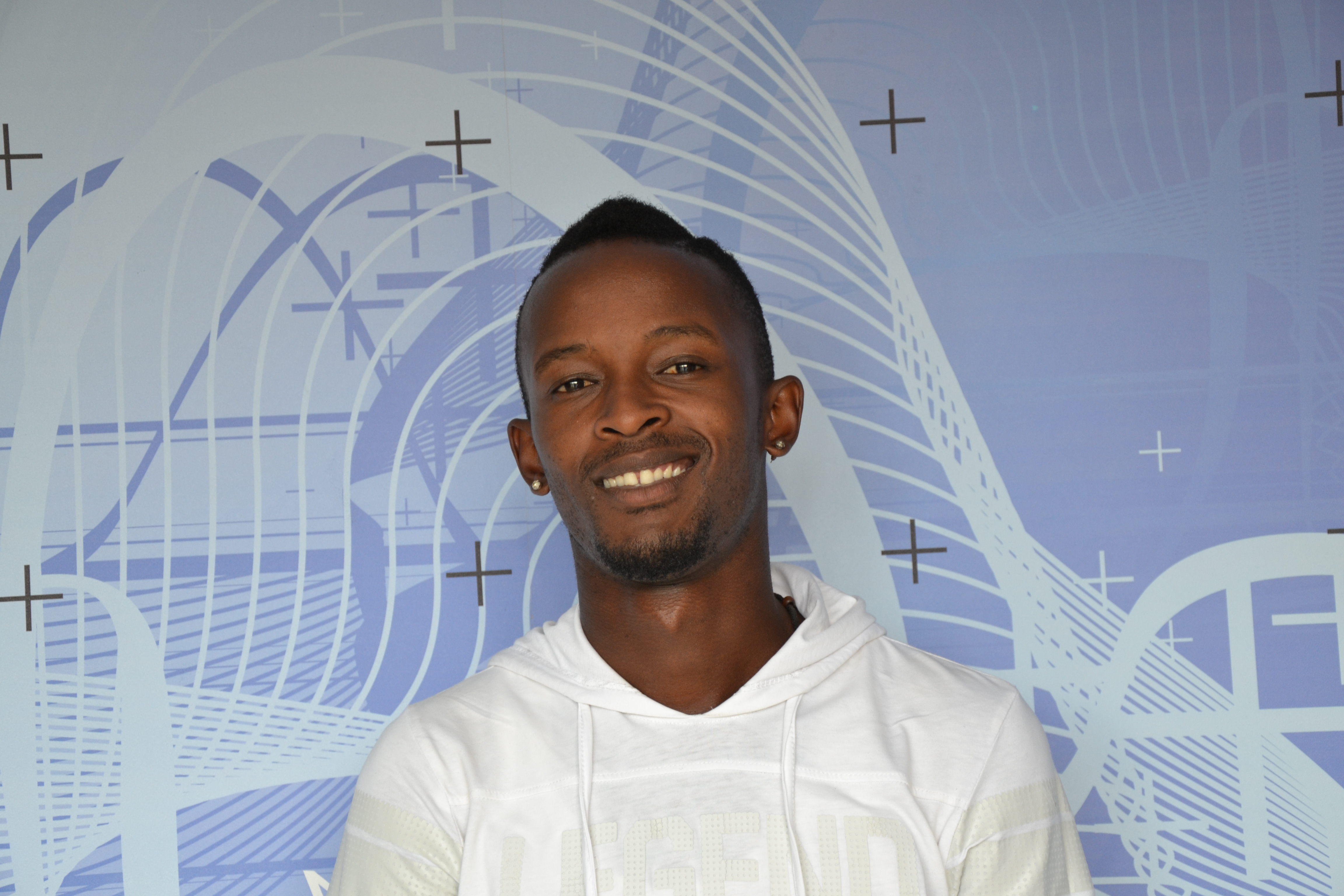 Neo Maduna was born in Newcastle, Kwa-Zulu Natal in 1993. He graduated from Thuto–Lore Comprehensive Secondary School based in Sharpeville, Gauteng in 2010. He enrolled at North West University (Vaal Triangle Campus) in 2011 for Language Practice, but during the very same year changed to pursue a Communication Studies degree, with which he graduated in 2016.
After university, he developed a love for music, poetry and arts. He started to work with young people from his community to cultivate their talents and make them aware of the importance of education in today’s world.
He emphasized that talent on its own is useless, but with discipline, education and hard work, the only limit to one’s potential really lies in the palm of their own hands.
He is better known as ‘Dave’ and is a very gifted, talented and enthusiastic person. He is adventurous with a strong willingness to learn and share knowledge with others. He is a realist with a greater vision to change the world through education, discipline and mostly hard work. 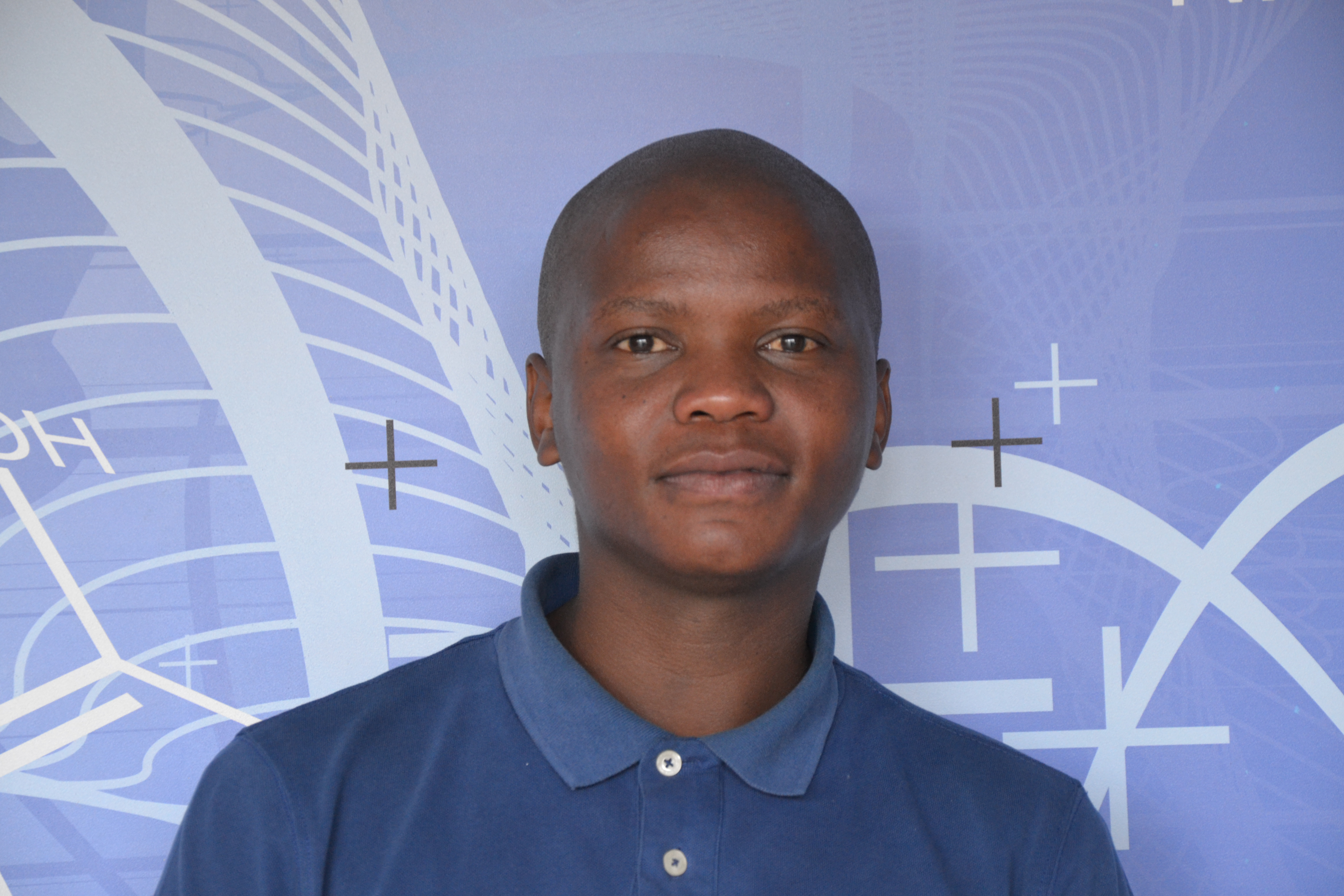 Micheal Tshwaro Mochoari was born and bred in Thaba Nchu, a small town located in the Free State. He holds a BA Degree in Communication Science with specialisation in Media Studies and Journalism.

He is passionate about informing the public through media and this is the main he reason he joined the South African Agency for Science and Technology Advancement.

He previously volunteered at Kovsie FM (Campus radio station at the University of the Free State) and Motheo FM (Community Radio station in Bloemfontein). He then worked as a trainee reporter at Dumelang News and further interned at ONPOINT Magazine as a writer and lastly at Free State Department of Public Works as a communication officer. 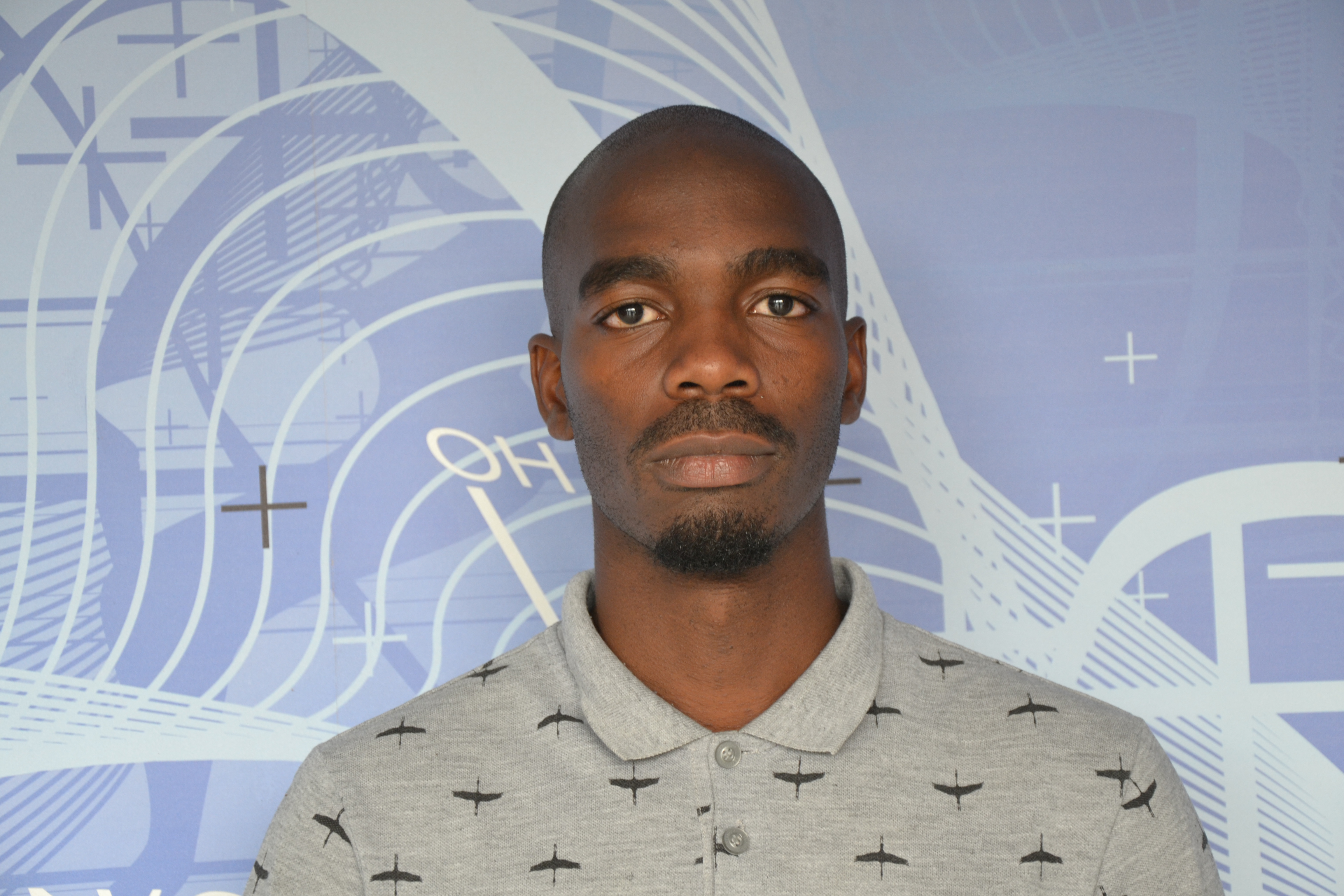 Manase Diphete Bopape is an intelligent young man from Polokwane in Limpopo Province. He grew up in a small village called Mamotintane in Mankweng (Turfloop). After matriculating from Mamabudusha High School, he became very passionate about the media industry where he ended up obtaining a Bachelor of Arts Honours degree in 2016 from the University of Limpopo.

He volunteered to work for Radio Turf in 2013 and then moved to Bolobathaba Media where he worked as a film director. He is currently part of the Science and Technology Youth Journalism Internship Programme hosted by Moutse Community Radio Station. 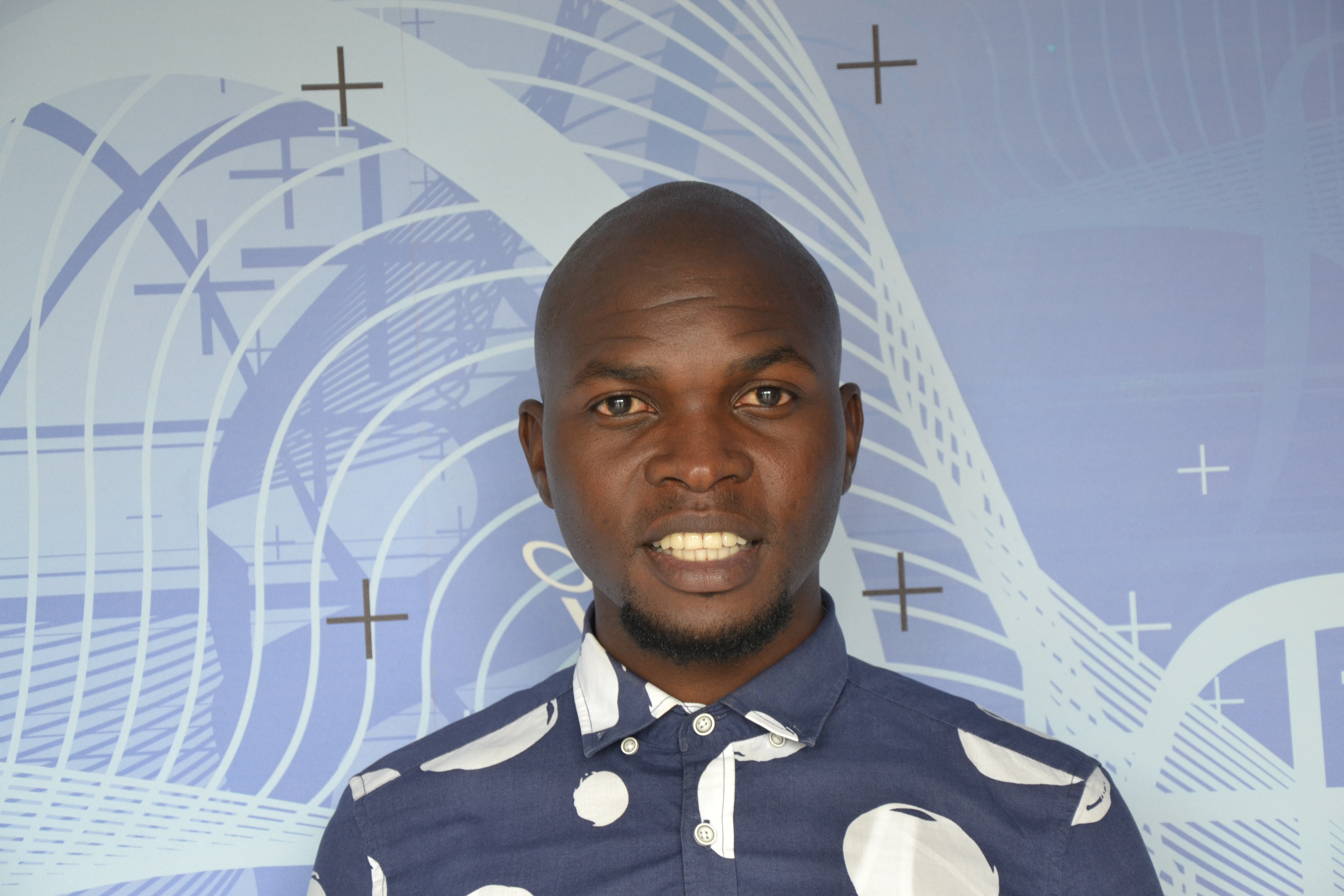 Makutla Matlakala is a young man who lives to inspire other people who come from disadvantaged backgrounds like himself. He is a self-motivated individual and holds a National Diploma in Journalism from Tshwane University of Technology (TUT).

He has experience as a broadcaster reporter, which he gained from TUT FM, a community radio station based in Soshanguve, Gauteng province.

He communicates well with people and adjusts well in different environments. Working at the radio station helped him to be able think and work independently which is something that has helped him grow.

In January 2019, he joined the South African Agency for Science and Technology Advancement Youth Journalism Programme. He is currently based in Polokwane working as a reporter for Seipone community newspaper. 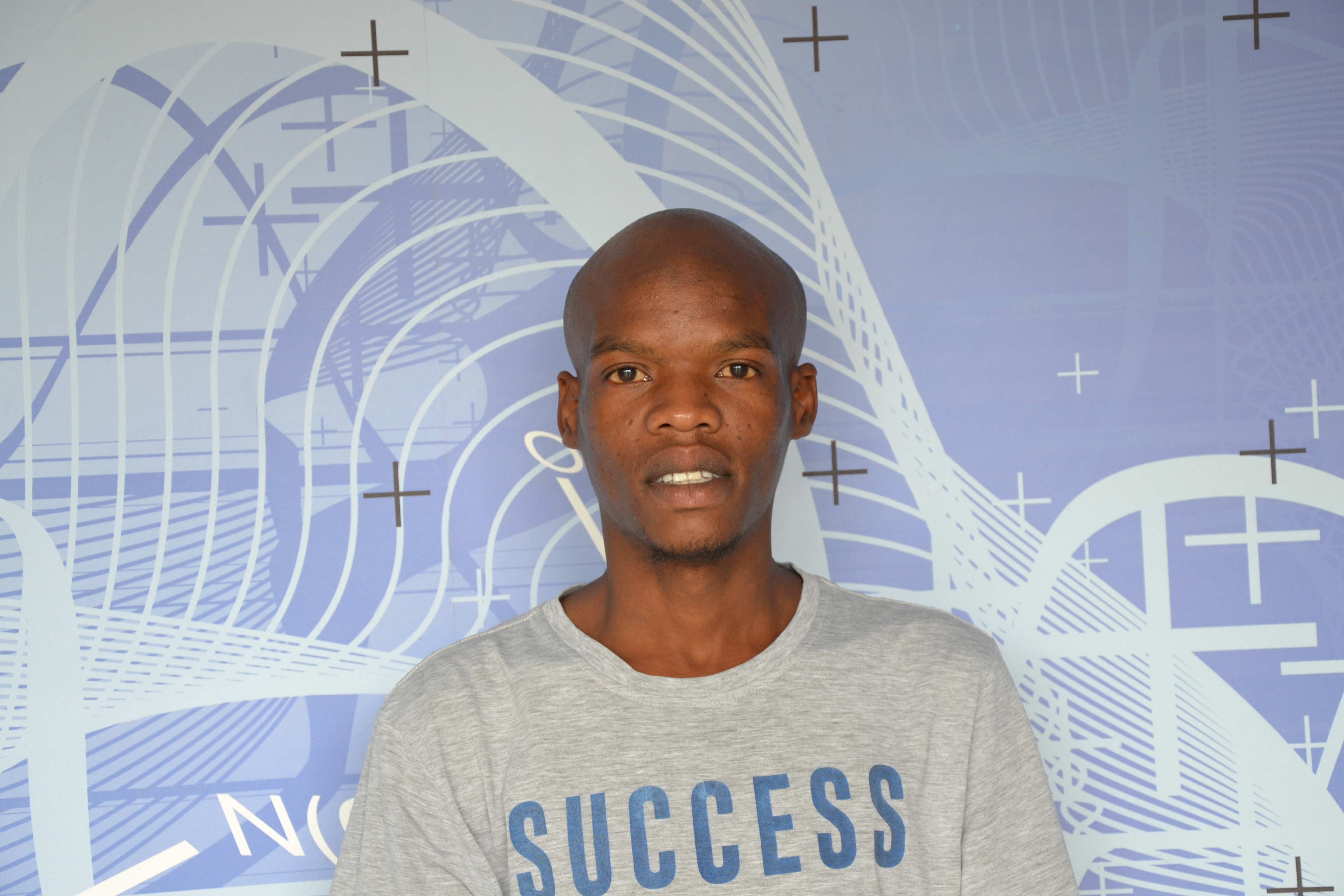 Cedrick Tebele was born in Madibaneng Village in 1993. He attended Malegale Primary School and matriculated from Lekentle Secondary School in 2011.

He joined the South African Agency for Science and Technology Advancement as a science journalist intern and he is hosted by news department at Sekhukhune Community Radio. 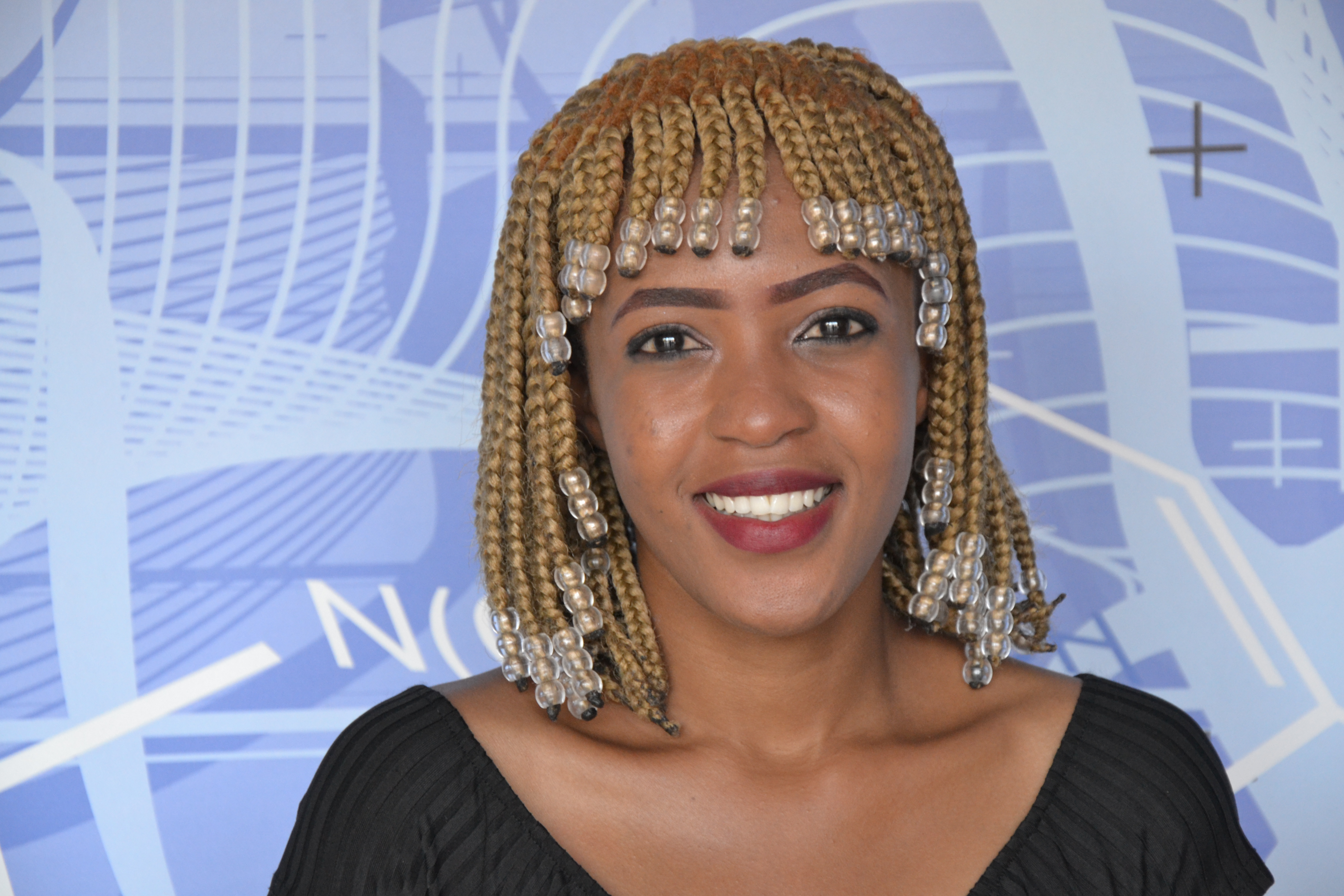 Mahudi Molapo is an ambitious, passionate and opinionated person. She was born and raised in one of the largest townships, Kroonstad in the Free State Province. She graduated with a National Diploma in Journalism from the Tshwane University of Technology (TUT). Mahudi started her career as a sports journalist and took every challenge that came her way. She enjoys watching football, taking pictures and being creative.

She has previously worked as an online writer for Soccer Laduma newspaper (“Get Published”), a sport segment presenter at TUT FM, an intern at Grit Sport Media and a Freelance Journalist at Mpumalanga Commuter. 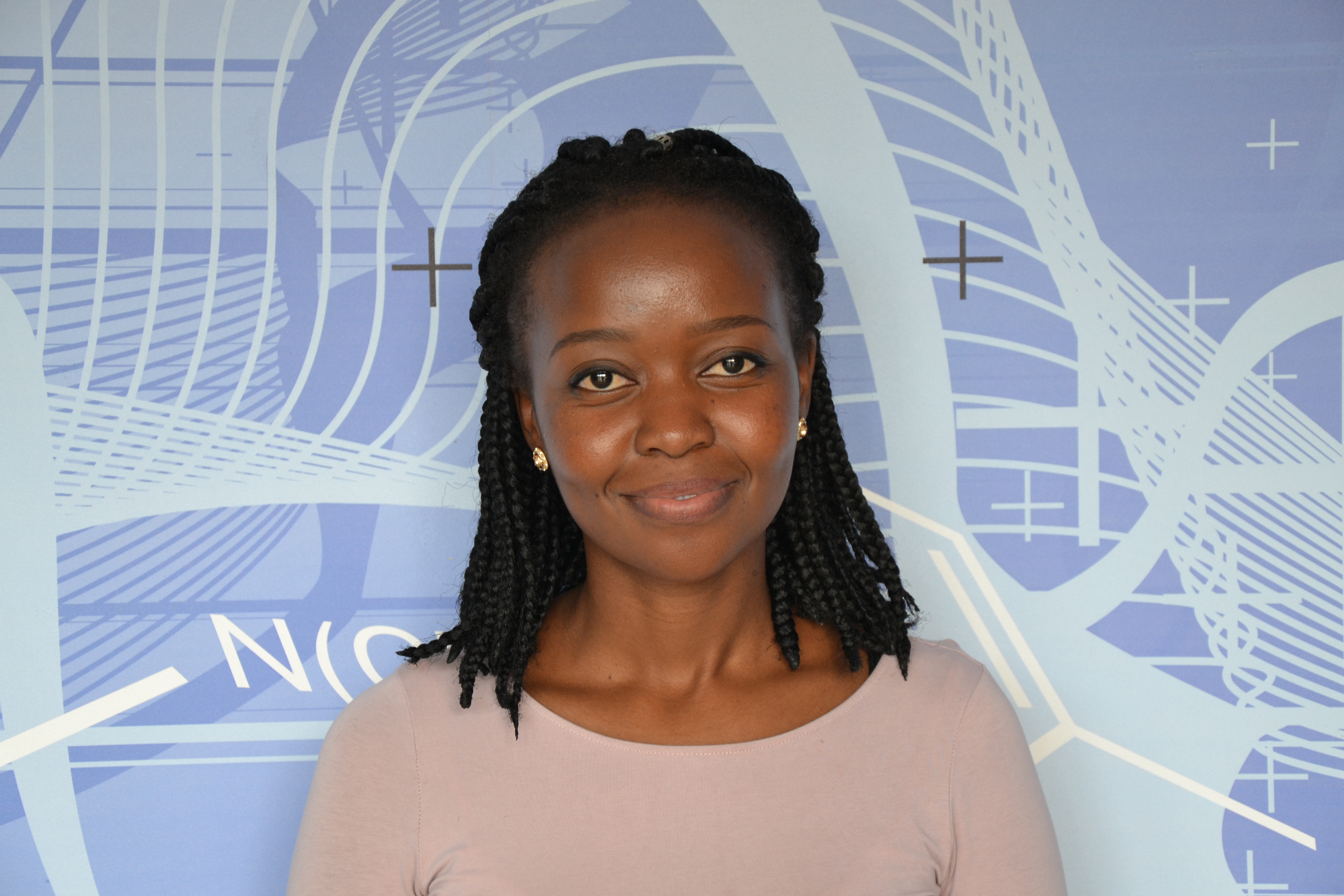 Nondumiso Nkosi was born and bred in Mpumalanga, Embalenhle. She obtained a BSc (Molecular Life Sciences), with double majors in physiology and biochemistry from Medunsa, and an honours degree in Medical virology from Sefako Makgatho Health Sciences University.

She is currently a science journalist, hosted by the Voice of Community radio station in Ermelo. She has a huge interest in reading and traveling and a love for adventure and learning knew things.

Nondumiso is passionate about science and is looking forward to develop further in her career within the science space and share her knowledge of science with the listeners of Voice of Community. 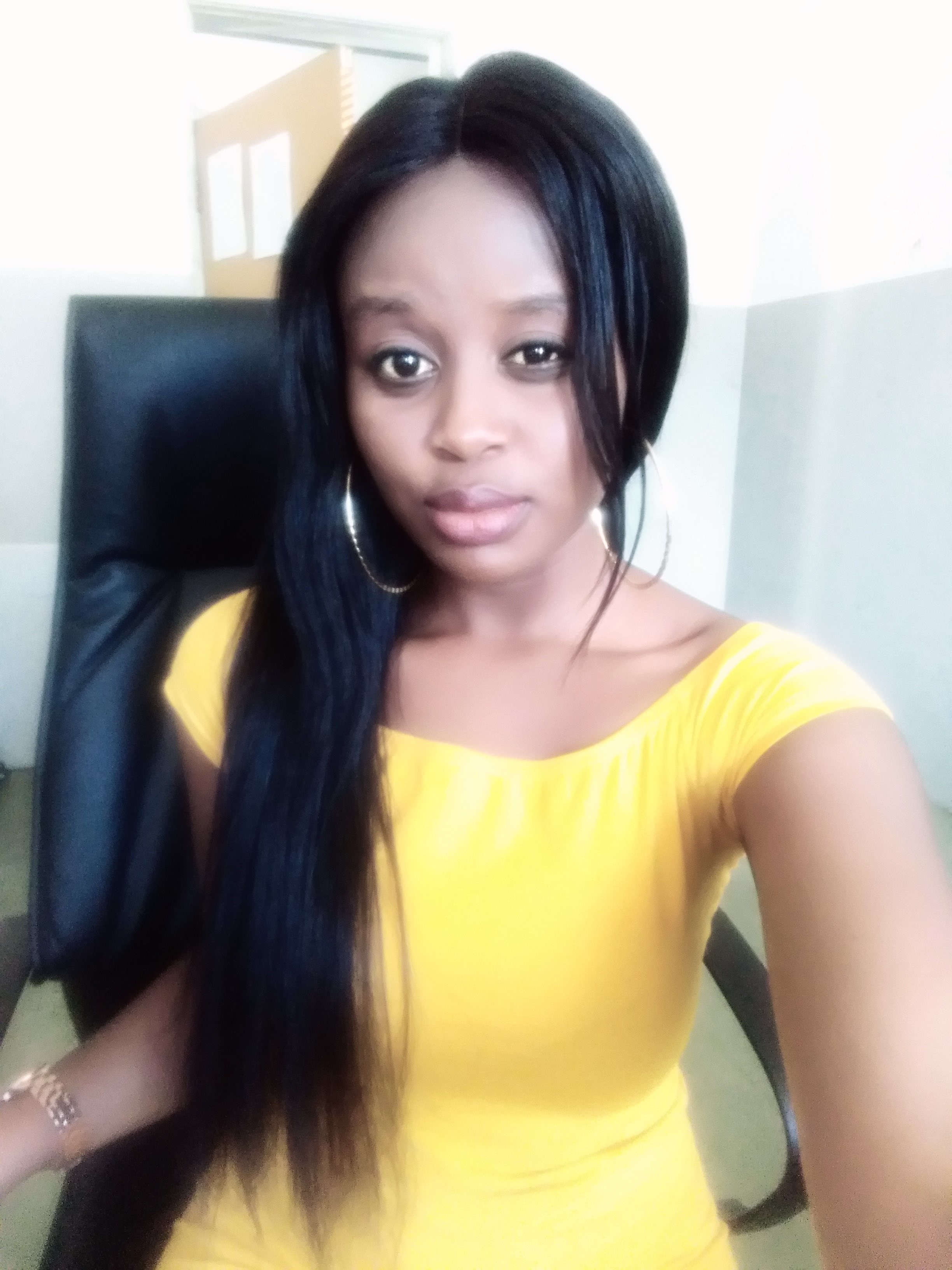 Nokubonga Mgwenya graduated with a National Diploma from the Tshwane University of Technology (TUT) in 2017.

She is passionate about journalism and had been volunteering for many journalism roles even before starting her studies at TUT. She joined Mpumalanga News as her first voluntary job in 2014 and later got an opportunity to do her practical work as part of a compulsory assignment with the SABC for a period of twelve months in 2015. During her internship at the SABC, many listeners gave back her positive feedback

She loves news reporting and investigative journalism. She would like more exposure to radio broadcasting. She has gained extensive experience under the news department, from input (journalist), current affairs (producer) and TV (journalist). In a nutshell, she is an all-rounder.

Before joining the South African Agency for Science and Technology Advancement’s internship programme, she volunteered at the Department of Education in Mpumalanga. 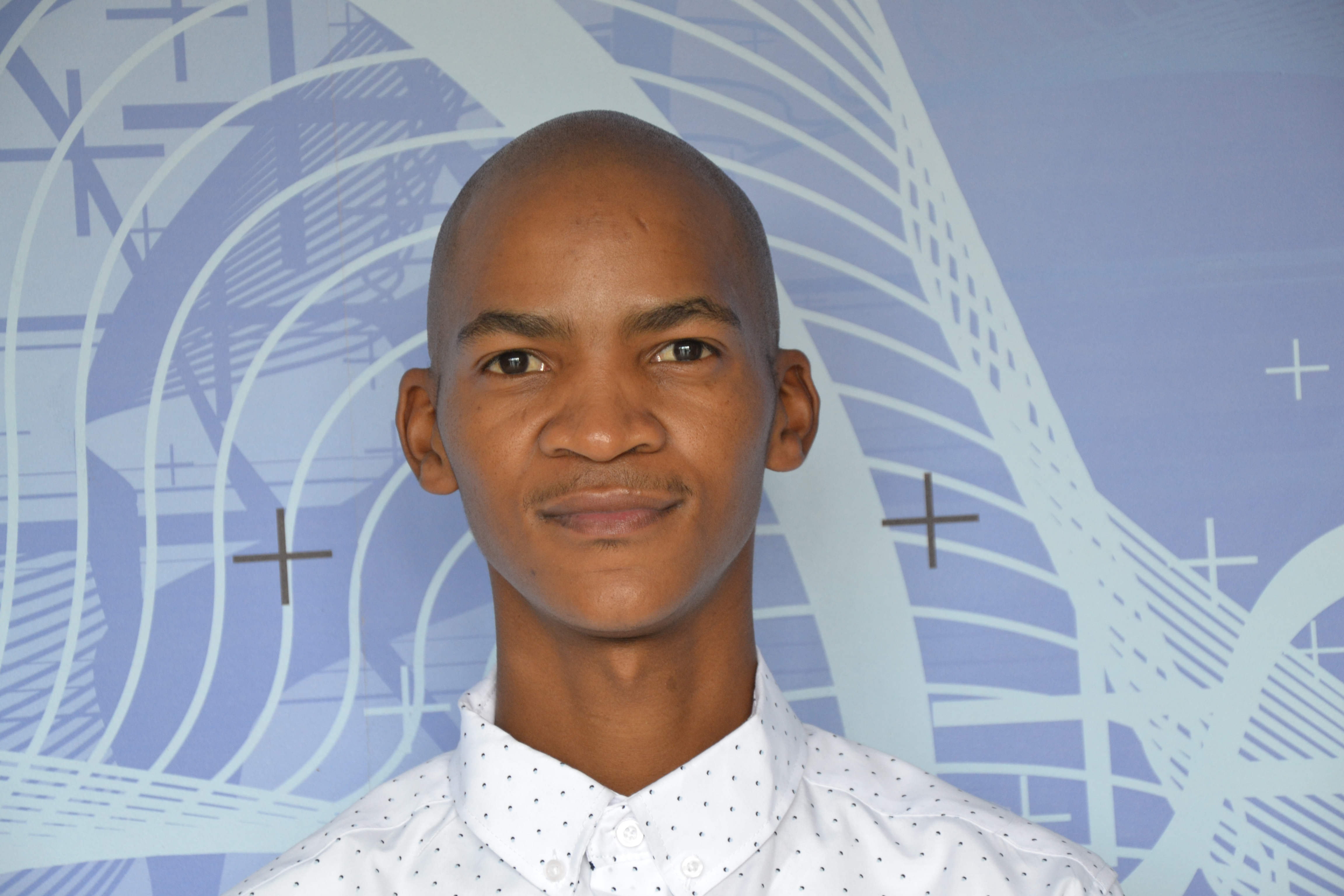 He went to Terra Peccana intermediate school and later completed his matric at Tlokwe Secondary School. He completed his Bachelor of Science degree at North West University (Potchefstroom campus). He studied environmental impact management at DELTA environmental centre. He further volunteered at IKAMVA tutoring maths, science and other science related subjects from grades 7 to 12.

He is an introverted and fond of nature. His hobbies include reading novels and books, and visiting science museums. He is currently a science journalism intern hosted by Letlhabile Community Radio Station in Brits, North West. 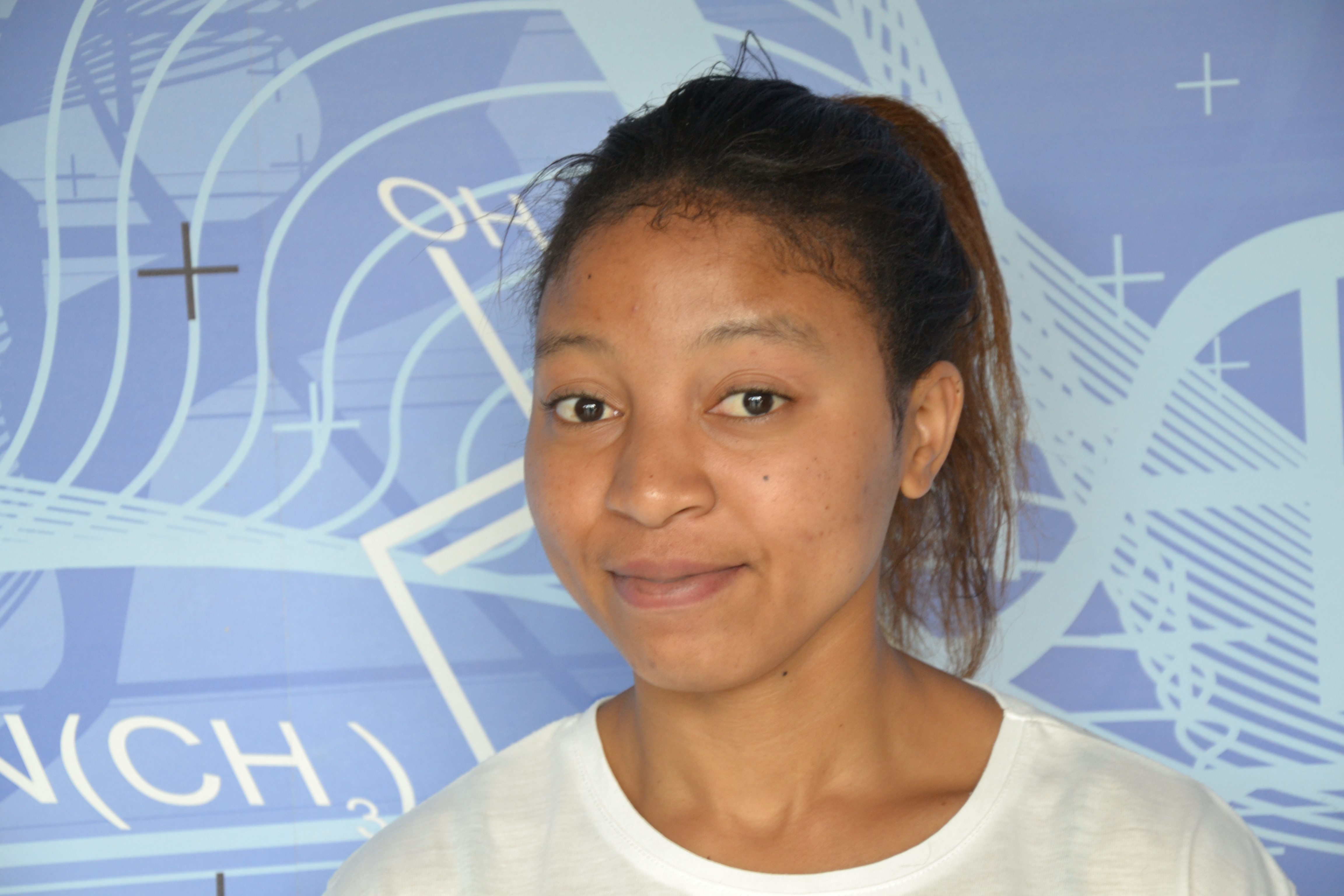 Ntombizethu Thembeka Mdluli is a 21 year-old, born in 1997 in Kwa-Zulu Natal. She matriculated from the Richard’s Bay Secondary School in Brackenham in 2014. In 2015, she enrolled at the University of Zululand for a BSc in Hydrology & Microbiology. Her academic excellence was well recognised by the reputable local uMhlathuze Municipality and the National Skills Foundation (NATSKILLS), who both funded her studies. She completed her BSc in 2017 and her BSc Honours in Microbiology in 2018. Her research in the field of Bioflocculation was titled “The grafting of acrylamide onto a microbial bioflocculant from Ochrobactrum oryzae AB841138”.

She presented her research findings at the 31st Annual Symposium of the South African Society for Microbiology; as well as the 12th Annual Faculty of Science and Agriculture Postgraduate Symposium.

She is currently hosted by 1KZN community media television and she aims to create awareness about science in a manner that is easy to understand. 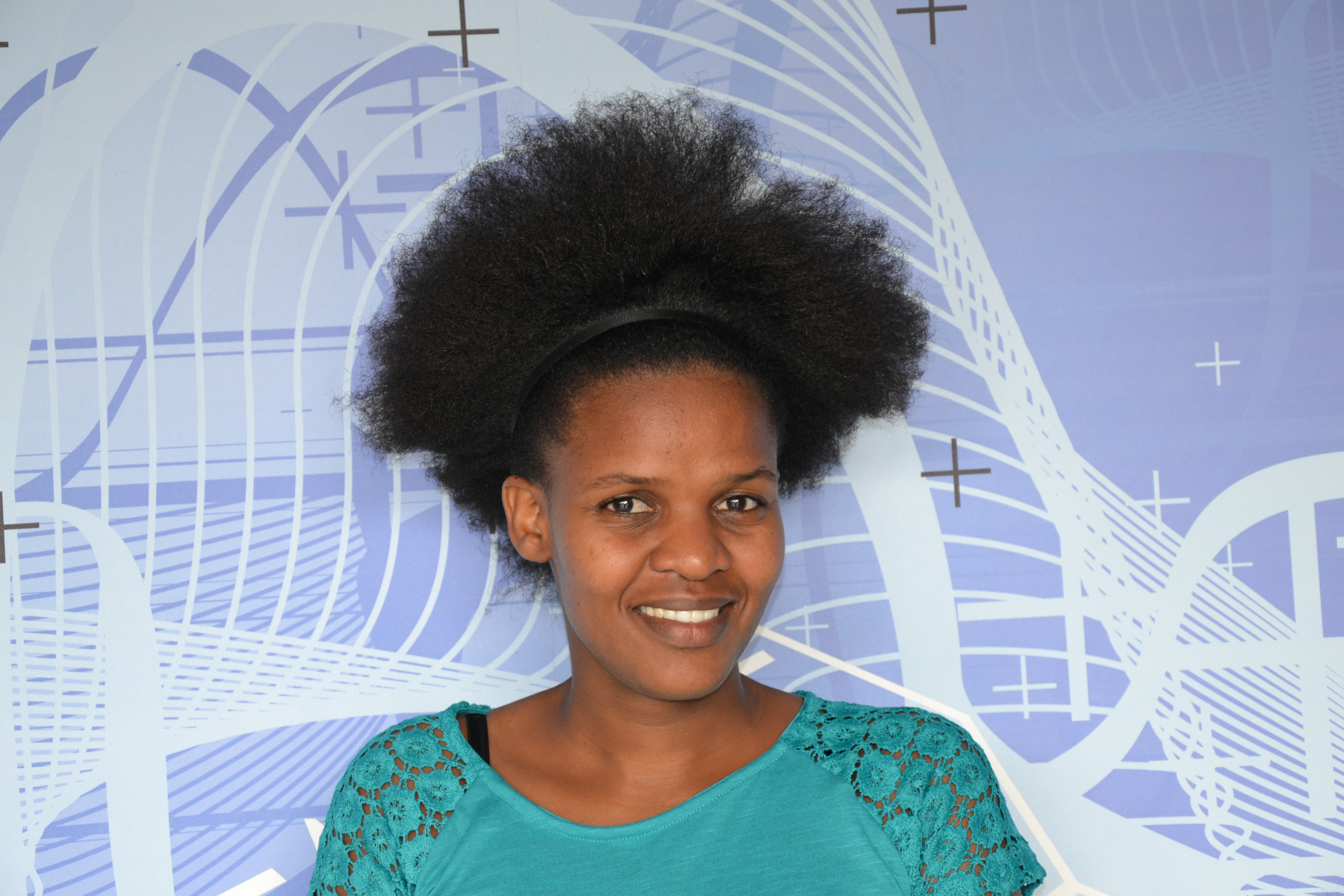 Lungelwa Timla is a passionate and kindhearted young person from Khayelitsha in Cape Town.
She attended seven schools in the Eastern Cape and the Western Cape. She has a Diploma in Journalism and a B-Tech in Public Relations Management from the Cape Town University of Technology.
She enjoys spending time with her cousin, reading autobiographies and looking at mountains as it improves her train of thought and soothes her soul.
She completed her in-service training at a News Website where she worked as an Online Assistant Editor, and that experience cemented her love for storytelling and writing.
Currently she works as a science journalist at the South African Agency for Science and Technology Advancement (Saasta). She’s hosted by Cape Town TV and hopes to make science and technology more appealing and interesting to kids and young adults who live in abject poverty and don’t see life beyond their current situation. Her goal is to encourage them to use science and education to change their situations and see a world of endless opportunities and discoveries. 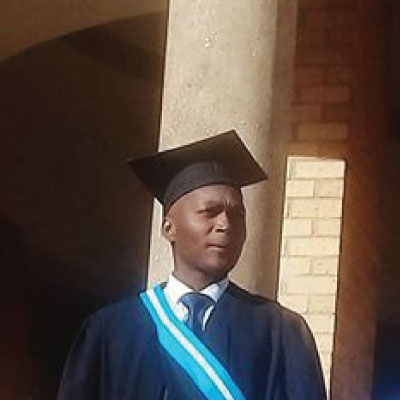 Jonga Gaqa was born and raised in the small village of Qitsi, Cofimvaba, in the Eastern Cape. He grew up with his mother since his father was working in Johannesburg and only visited during the December holidays. He has six siblings with whom he grew up under the guidance of his mother.

He attended Gungubele Primary school, where he participated in many activities including sports such as soccer, running and volley ball. After school he would look after his grandfather’s livestock and play football or swim in the river.

In 2006, he moved to Cape Town to attend high school, where he registered at Manzomthombo High. He finished High School in 2008. During that time his older sister was studying at university and his parents were unable to support both to study at university.

He is currently a science and technology intern hosted by the Workers’ World Media Productions in Cape Town.

Get in touch with the Intern
Back
Next
Scroll to top