You are here: Home / About Us / Annual Highlights

The National Research Foundation (NRF) and the Department of Science and Technology (DST) have set the promotion of science engagement as one of their key strategic priorities. It is against this background that the Minister of Science and Technology, Mrs Naledi Pandor, approved the new Science Engagement Strategy in 2015.  The South African Agency for Science and Technology Advancement (SAASTA), a business unit within Programme 2 of the NRF, has been tasked to improve coordination of and encourage science promotion, communication, and science engagement across the system, including partners in other sectors of society.

Through its Science Education division, SAASTA helps to build the supply of tomorrow’s scientists and innovators through a variety of activities including science Olympiads, camps and festivals. In the 2015/16 financial year a total of 59 289 learners participated in SAASTA’s four science Olympiads and competitions.  Hamdishe Mathivaha, a participant and one of the top learners in the National Science Olympiad since 2013 when he was in grade 10, scored 100% in both Mathematics and Physical Sciences in the national Senior Certificate examinations and was admitted  for a Bachelor’s Degree in Computer Science at the University of Cape Town in January 2016. Hamdishe is a learner from Mbilwi High School in the rural village of Sibasa in Limpopo province. Harmony Gold Mining Company Limited has been the main sponsor of the National Science Olympiad for the past seven years.

SAASTA’s National Schools Debates Competition final was held in October 2015. Learners debated the following topic: Does a leading edge technology project such as a Bloodhound benefit the development of society, and national and local economies beyond, as well as through its scientific and engineering achievement? The judges awarded the first place to Clarendon High School for Girls from the Eastern Cape. The first runner up was Randfontein High School from Gauteng, and the second runner up was De Kuilen High School from the Western Cape. The winners of the competition were awarded the ultimate prize of a trip to New York to visit the American Museum of Natural History.

SAASTA in partnership with Nanotech and Biotech (nabio) Consulting brought together a wide range of experts to explore the role that nanomedicine can play in the fight against HIV/Aids. The conference took place at SAASTA, Didacta building in December 2015 immediately after World Aids Day.

The 26 year old Nozipho Gumbi scooped the FameLab South Africa 2016 award against nine finalists and went on to compete in the United Kingdom (UK) for the international title against 26 other contestants from different countries in June 2016.  Nozipho is a student at the University of South Africa (UNISA) and her topic was based on nanotechnology and water sustainability. The national finals were held at the Going Global Conference at the Cape Town International Convention Centre.

SAASTA has always considered the media to be a valuable partner in enabling people and science engagement. A drive was initiated to reach out to the heart of rural communities with the message that there is a better future for all South Africans through science education, communication and awareness in the home languages of these communities. A pilot project was launched with three community radio stations and three community newspapers in Limpopo to disseminate information to the public on new technologies such as biotechnology and nanotechnology during December 2014. During the 2015/16 financial year, SAASTA expanded this initiative launching the Youth Science and Technology Journalism programme, of the DST’s Innovation Partnership for Rural Development programme, in February 2016. A total of 17 interns from the following districts municipalities were selected to be part of this initiative: Limpopo (Polokwane and Sekhukhune); Eastern Cape (Alfred Nzo, Chris Hani, Amatole and OR Tambo); North West (Bojanala and Dr Ruth Segomotsi); Mpumalanga (Ehlanzeni) and KwaZulu-Natal (uThungulu, uMzinyathi, uThukela and uMgungundlovu).

SAASTA and the Media Development and Diversity Agency MDDA signed a memorandum of understanding (MoU) to promote science journalism in South Africa.  The MoU aims to seek opportunities to collaborate so that each party may achieve their respective goals and mandates more successfully and that together they may make a meaningful contribution to science engagement in South Africa. 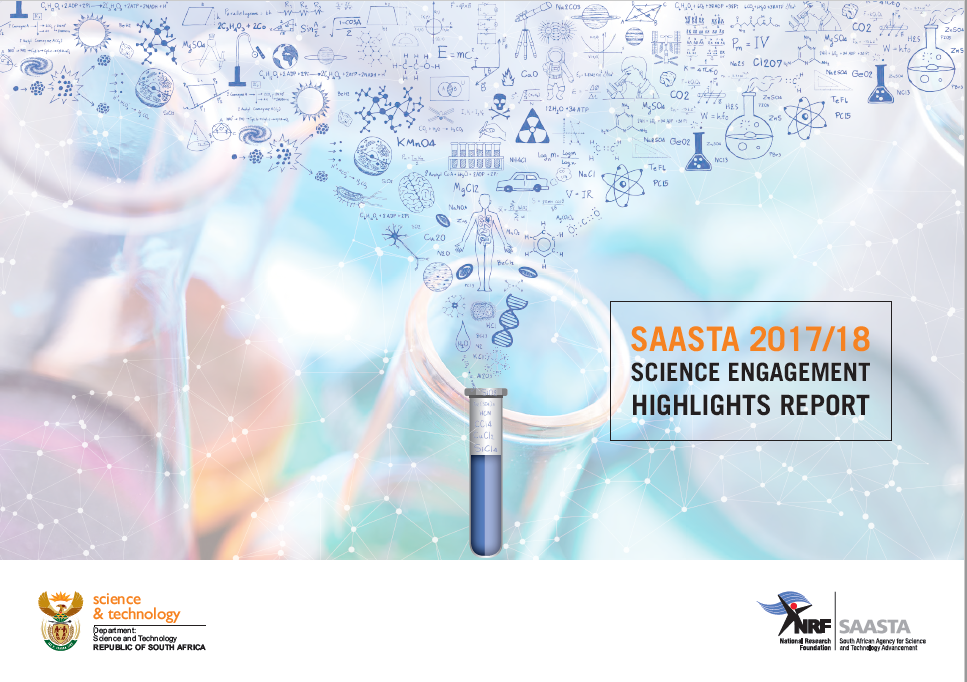 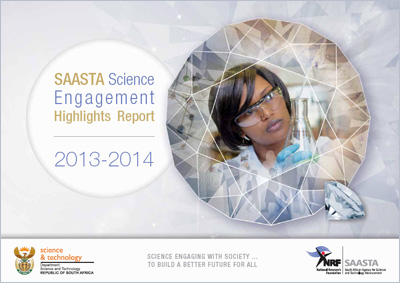