National Science Week (NSW), is an annual event aiming to exhibit and communicate awareness in science. It is an initiative of the Department of Science and Technology (DST), a countrywide celebration of science involving various stakeholders and/or role players conducting science-based activities during the week.

NSW is run across the country simultaneously at multiple site. SAASTA has been appointed by the DST as the implementing agency and plays the role of the National Project Management for the National Science Week.

Each year a different theme is chosen and activities are offered around the theme to the target audiences. The theme for 2019 is “Facing the harsh realities of climate change“.

If you are a grant holder for National Science Week, help yourself to some resources to get people talking about your event through social and traditional media.

| The Goal of the NSW

To contribute to the development of a society that is knowledgeable about science, critically engaged and scientifically literate,which is the primary goal of the Science Engagement Strategy.

Daily programmes of activities by province

To find out what’s happening in your province

Explore the map below

Please click on the flag in your province to see which activities you can attend and which service provider is offering them.

"I have been involved in National Science Week consistently since NSW2009 and have travelled the length and breadth of our beautiful country as a result. NSW is an opportunity for the scientist in me to interact with and learn from diverse audiences as we share the work we do at the South African National Space Agency (SANSA) and how it fits into the National Development Agenda of our country (NDP Vision 2030), continent (Agenda 2063 – The Africa We Want) and world (United Nations Sustainable Development Goals). Since the adoption in January 2015 of the Science Engagement Strategy of the Department of Science & Technology, NSW has become one of the two mass participation initiatives that allow the celebration of science in all the 52 districts of our beautiful country in the same week at multiple sites. The Ten Year Innovation Plan (2008 – 2018) has guided South Africa’s journey of migration from the resource-based towards the knowledge economy and space science & technology (SST) is one of the five grand challenges government has invested in to position our country as a meaningful player in the knowledge economy. I have personally cherished the idea of mining the unlimited resources of the human intellect as one of the most important economic activities in the knowledge economy and NSW has provided and continues to provide the platform through which this scientific mining process can be shared with diverse target publics. Now with the adoption of the DST White Paper on Science, Technology and Innovation, which emphasizes among others inclusivity and creating a culture of innovation, and in the context of the 4th Industrial Revolution that is ushering in the new era of change to the way we live, work and relate with each other, NSW becomes an even more important pillar in science and society engagement. I celebrate the fact that for the first time in the history of NSW, SANSA will conduct science activities in all the nine Provinces of South Africa simultaneously in one week from the 29th July – 03rd August 2019, all thanks to the support of our key stakeholder NRF SAASTA. Through this unique platform, SANSA will engage with millions of South Africans on the value of space in the sustainable development agenda of our planet, with local relevance to the agenda of the communities we engage." 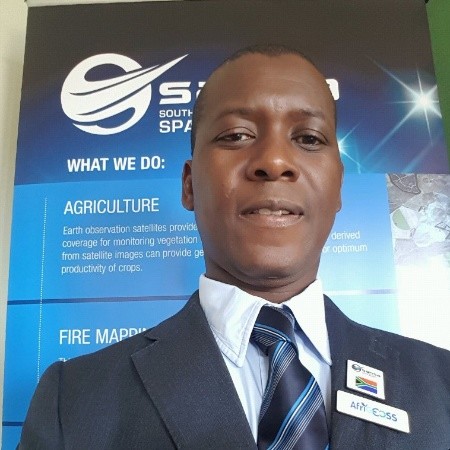 Dan Matsapola
South African National Space Agency (SANSA) : Manager- Science Advancement
"Having done international projects in Belgium and Germany, I can truly say that the National Science Week programme is of great standards. The planning and coordination from SAASTA are remarkable and I truly appreciate the support from administrative to programme planning. National Science Week harness an occasion to reach more learners and publics with interactive science engagement programmes. It is a highlight on our science centre calendar. The programme funding provided by SAASTA, permits us as an organisation to enlarge our science community footprint and total reach, hence, we are able to do more to promote STEM. Getting positive feedback from learners and the community with our NSW science engagements has significant value that we are meeting the outlined objectives. Recently, I had a meeting with a stakeholder that collaborated on a previous NSW event and they confirmed how impressed they were with children during their community outreach. The children were able to repeat the information shared during the National Science Week Programme. Another highlight is when young learners realise that they too can be scientist or follow a STEM career field. Or when young and old participate in the programmes planned and they are in awe of how interesting and fun science is. Not only does it create an opportunity for us to participate in this national event, but we collaborate with local industry stakeholders to enhance the impact of science promotion. The impact of National Science Week enables us as an organisation to take learners on educational excursions that portrays STEM in a real-life environment which expose learners to different STEM-based careers and opportunities. National Science Week is more than just promoting science or STEM, the annual themes bring the conversation of science to the doorsteps of our communities. It mobilises and affords us opportunities that enhance our DST aligned objectives of STEM promotion. I am, as the rest of our team, always looking forward to NSW." 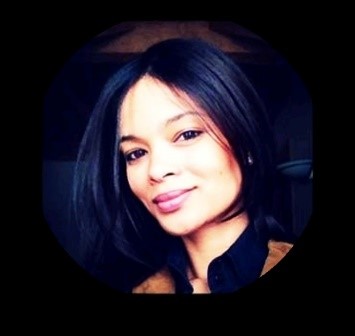 Jacqueline Willems
ArcelorMittal Saldanha Science Centre: NSW Project Manager
"2019 marks DITSONG National Museum of National History’s 8th year participating in the National science week. The event remains one of the biggest in the museums events calendar. Staff from the different museum departments come together to welcome and engage participants. Through the National Science Week we are able to not only celebrate science but also increase access to the museum. We have been able to reach participants who wouldn’t have the means to reach the museum and its services. The coordination of the event comes with challenges however we always overcome them. To date we have been able to reach over 30 000 participants. On a personal level, there is nothing as gratifying as seeing a light bulb go off on a participant having seen or learnt something new. The excitement of learners when learning a topic; or observing and participating in an activity that otherwise they could not have the opportunity to learn from school (due to infrastructure challenges) is gratifying. We have been able to build and maintain relationships with various organisations through this project. A big thank you should go to the SAASTA NSW team; none of this would be possible without their hard work."

Bongi Legwase
Ditsong Museum Of South Africa: Project Leader
"National Science Week has had a huge impact on our area. We have had different activities covering the four (4) goals of the Science Engagement Strategy. The general public has responded well during our interaction with them in the malls, garages and those who made a turn when we were in schools around their area. Learners have participated actively during our activities. Educators are always requesting that we prioritise their schools when we draw the list of schools to be invited during the NSW. The local and national media have covered our activities satisfactorily. Our activities are varied every year in order to keep NSW interesting and attractive." 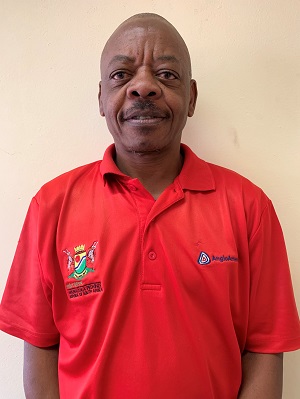