Sihle Siyabonga Ntenjwa is a 26-year-old man from Greytown at Ngome area, under Umvoti Municipality in KwaZulu-Natal. He finished grade 12 at Buhlebuyeza Secondary School in 2008. He then enrolled at Umgungundlovu TVET College Edendale Campus and completed N4 in Civil Engineering in 2009.

In 2012 he realised his passion and dream of being a journalist. He followed his dream by enrolling for Journalism and Media Studies Diploma at Damelin College Pietermaritzburg campus. While studying at Damelin, Sihle performed his in-service training at Itheku FM. While working at Itheku FM he compiled news and read news bulletins. He graduated in February 2015 for Journalism and Media Studies Diploma.

Sihle is currently working at the South African Agency for Science and Technology(SAASTA) as an Science and Technology intern journalist hosted by Nqubeko Community Radio, situated at Ladysmith in KZN. Since he started working at Nqubeko FM, his duties include the following covering science related stories, reading news, hosting current affairs show and the talk show. 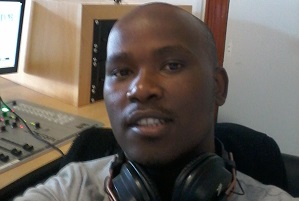