Phelo Lakitika was born at Gxwaleni location in a small town called Mount Ayliff in the Eastern Cape. He studied his lower grades in his nearest schools and passed grade 12 in 2009. He obtained his Bachelor of Science degree in Chemistry and Physics in 2015 from Walter Sisulu University, Mthatha Campus.

“Even though I grew up in rural areas where there are few resources, I still developed a love for science. What I noticed about science studies is that they are all based on nature and our daily life events; science is nothing more than analysis of the world at large.”

He worked as a temporary School Government Body teacher, teaching Physical Sciences to Grade 10 to12 at Zwelitsha S.S.S. for a period of seven months. He is currently working as a Science and Technology Youth Journalism Intern at Alfred Nzo Community Radio, appointed by SAASTA for a period of 12 Months.

He works as both a journalist and news presenter in the community radio station. He is currently focusing on the IRPDP’s Water Safety Plan and Water Risk Abetment Plan (WSP&WRAP) within the Alfred Nzo region in the province of the Eastern Cape.

He is passionate about science studies and findings, and he possesses a variety of skills and knowledge. 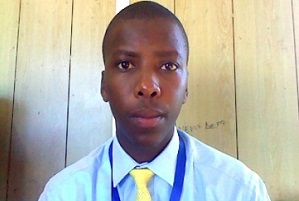