Johanna Molokomme was born in Letlhabile, a small township on the outskirts of Brits in the North West province, on 14 November 1993.

Being raised from an underprivileged background did not bar her dreams to further her studies at University.  After completing matric, she immediately enrolled for a three year Journalism degree at the University of Johannesburg.

Passion and dedication kept her going. After receiving her degree on 11 April 2016, she volunteered as an administrator at Letlhabile Community Radio. She later joined the South African Agency for Science and Technology Advancment  Science and Technology Youth Journalism Programme as an intern in August 2016.

Johanna’s love for media is immense, she plans to launch her own community magazine in March 2017.

“The most common way people give up their power is by thinking they don’t have any,” says Alice Walker. These words keeps Johanna determined to succeed in life.

Besides  doing well at school, Johanna is also a sporty person. She started  playing sport at the tender age  at primary school, participating in netball and basketball. Her love for basketball took over and forced her to concentrate on playing basketball only.

Her biggest highlight in sport was when she was selected to represent the North West province in basketball. She als played for the University’s senior and junior basketball teams. 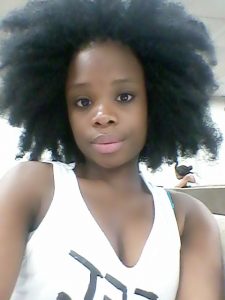