Mabasa Tinyiko Godfrey who is also known as Godfrey Pandeka was born at Nghezimani village outside Malamulele in Limpopo in 1990. He studied at Hisekelani primary school and completed his matrci in 2009 at Nghezimani High School.

He enrolled at the University of Limpopo (Turfloop campus) for a Bachelor of Arts in Media studies in 2012.

While writing articles for the Daily Sun newspaper as a freelance journalist in 2013, he earned the name Godfrey Pandeka thanks to Daily Sun before joining Malamulele Fm as news reader, current affairs producer and news reporter effectively from January 2015 until January 2016. 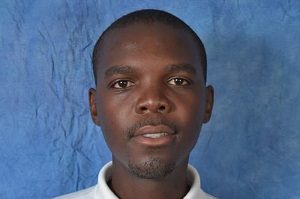